You probably remember the Watergate scandal that brought down Richard Nixon and we all know presidents like Dwight D. Eisenhower, George Bush, John F. Kennedy, Barack Obama and Donald Trump.

But if you also know who they have been married to and who was president during World War II, the Korean War and the Vietnam War, then this is the perfect category to challenge friends and family in.

Here are more than 300 questions about US presidents and their history and work. 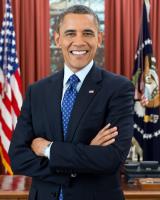