Do you know which actors have played James Bond, Batman, Sherlock Holmes, and Superman through the years?

If so, you can be the champion in this category with many great questions about which actors played which role in which movie.

We all know who played Neo in 'Matrix', Hermione Granger in 'Harry Potter' and the butler in The Dark Night', right? Do we?? :) 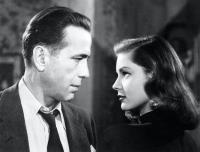