Did you know that Canada is the world's second largest country that, like the United States, stretches from the Atlantic Ocean in the east to the Pacific Ocean in the west?

The capital city is called Ottawa and Canada consists of 10 provinces, including Ontario, Alberta, British Columbia and Quebec.

Here you can challenge your friends with more than 200 questions about this great country. 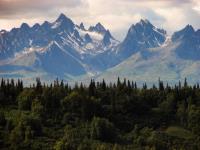