On the other hand, it also became a century in which tourism and prosperity exploded, and not to forget that Einstein made his breakthrough with the thesis that energy and mass are equivalent quantities, expressed in the famous formula E = mc2.

You can quiz about what happened in the 20th century, about who took the first plane across the Atlantic first, who was the first man on the moon in 1969 and what year the Berlin Wall fell, as well as about music and film especially in the last part of the century. Here are more than 1400 questions to dive into. 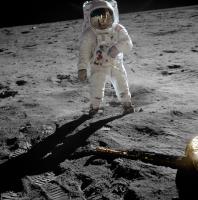